Trouble Conceiving? Don’t Worry, It’s Probably Not Because You Have a Small Penis 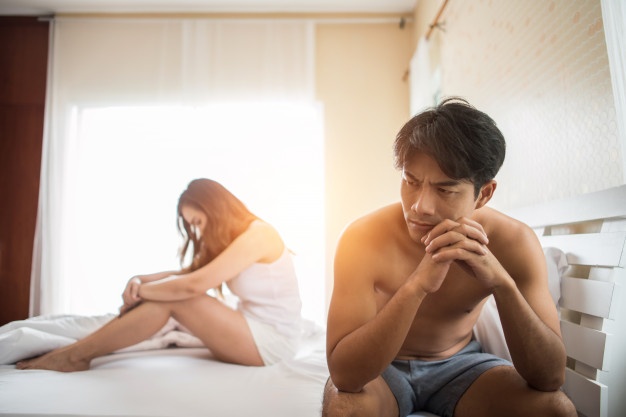 Have you and your wife been having trouble conceiving? If so, you’re not alone. Compared with men forty years ago, the average man today is less fertile.

While we know that there has been a significant decrease in sperm count over the last four decades in the average male, we don’t know why this is. With all of this concern centered around men’s ability to procreate, it’s no surprise that scientists are hard at work studying what’s going on with male fertility.
One of these studies found some interesting results. A 2018 study published in Fertility and Sterility found that a shorter penis was linked to infertility. This is the first study that has found this correlation, although some experts recommend that caution be taken with the results.

The Study That Found Infertility Linked to Smaller Penis Size

In this study, 815 men (219 infertile and 596 other) had their maximum stretched penile length (SPL) measured by doctors. The SPL represents the maximum erect penile length, meaning that a higher SPL correlates with a bigger cock.

After adjusting for factors like age, race, and body mass index, the doctors found that the average SPL (penis length) of those who were infertile was less than those that weren’t.

Before we draw any conclusions, it’s important to note that this is the only study that has found these results. More research is needed before we can conclude that a man with a smaller penis is more likely to have trouble conceiving.

That said, there are many possible reasons why some men with smaller penises could suffer from infertility. For example, there could be an underlying condition that led to both infertility and a smaller penis.
Another factor that could be to blame for this correlation is anabolic steroid use when the penis is still growing. As anabolic steroids can influence the development and growth of the penis and fertility, using steroids too young could lead to a shorter, less fertile penis.

Should You Be Worried That a Small Penis Might Be the Cause of Your Infertility?

Probably not.
Experts warn that this study has some shortcomings that could end up being to blame for a correlation that wasn’t causation; meaning that the study might be flawed, and therefore, the results too. We must wait and see what future studies have to say.

Can You Make Your Penis Bigger?

Fertility issues aside, most men with small dicks would like to add some inches to their manhood. The more sexually satisfying your relationship, the more likely you are to have more sex…and if you’re trying to conceive, it’s a numbers game.

If you’re ready to take action to become the man you and your lover have always wanted you to be, try the Phalogenics penis enhancement program. Using only scientifically-valid methods, the Phalogenics plan can help you add three inches to your dick length.