Penile Enlargement Surgery: How Safe Is It? 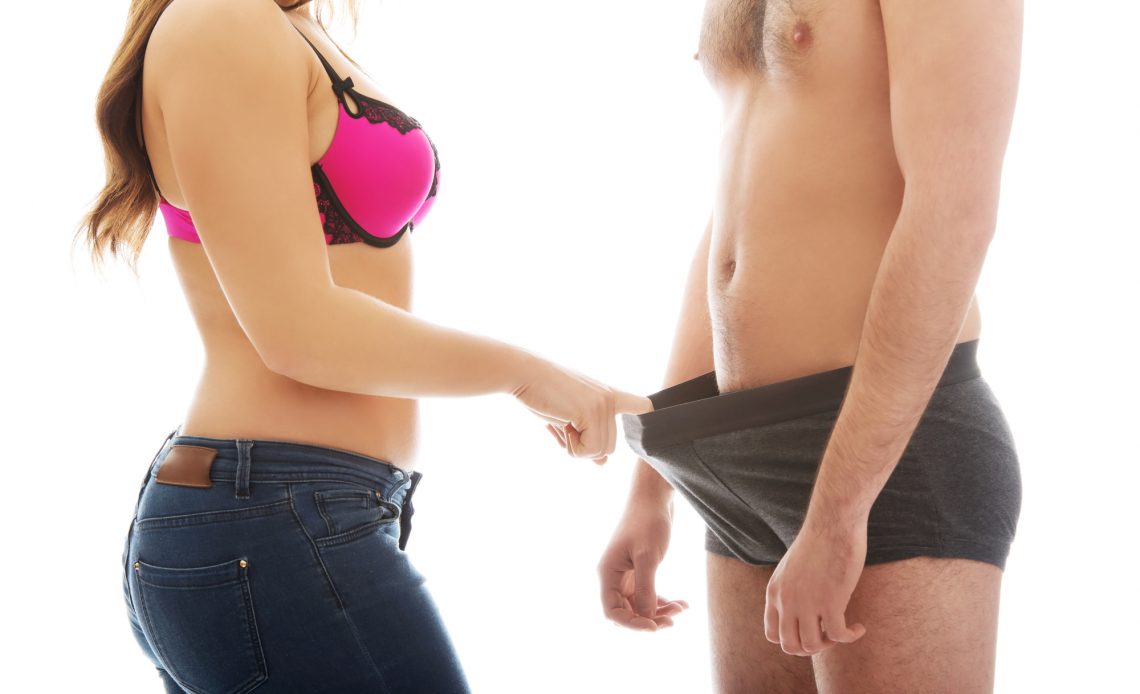 How Safe Is Penile Enlargement Surgery?

All types of surgery come with risks. If you’re considering penile enlargement surgery, here’s what you need to consider in terms of risks and safety.

Over 30% of men are unhappy with the size of their penis. This shouldn’t come as any surprise in a society where people believe “bigger is better” and jokes about having a small penis are found everywhere from birthday cards to sitcoms to family dinners.

The insecurity many men feel with the size of their equipment can drive them to want to enhance the size of their penis both in length and girth. While there are natural penile enhancement treatments and programs, some men want to skip right to the big leagues: penile enlargement surgery.

But is that kind of surgery safe? Do you want to risk something happening to your penis during surgery? This is a permanent procedure, so it’s important to know the risks involved before taking this big of a step.

Keep reading to learn about penis enlargement surgery, the risks of it, and whether it’s safe.

The same study that found over 30% of men were unhappy and insecure with their penis size also found that the size of the man’s penis didn’t necessarily correlate with the insecurity they felt. Some men with smaller penises were perfectly content, while others with larger penis sizes were the ones citing insecurity.

So before you jump into surgery, make sure that you aren’t insecure for no reason. You could have a perfectly average, or even above average, penis size and not even know it.

Keep these numbers in mind and measure your penis to see where you stand. Not all surgeons will operate if you have an average or above average size penis.

But also remember that even if you’re below average size, you don’t need surgery to feel comfortable with yourself. There are ways to please yourself and your partner during sex even if you have a smaller than average penis.

What Is Penis Enlargement Surgery?

Still think surgery, officially called “penoplasty”, is the right choice for you? Let’s go over exactly what happens during the procedure.

In order to increase the length of the penis, a surgeon will cut what’s called a “suspensory ligament” inside your penis. Essentially, this ligament is what holds your penis up against your body.

When it’s cut surgically during a penoplasty, it will allow your penis to “fall” into a different position when it’s reattached to the pubic area, which will make it appear to have gained length.

Notice we say “appear” to have gained length. This procedure doesn’t actually add any length to the penis. It simply cuts a ligament that will make the penis look longer (around 1-2 inches longer, to be exact) when flaccid.

It will be the same length when erect.

While that’s happening, the surgeon will also take some fat from your lower stomach area. This fat will then be injected into your penis to add girth. This can add 1-2 inches in girth to the penis.

Some surgeons choose to inject other materials instead of fat, like silicon, for example.

What Are the Risks of Penile Enlargement Surgery?

All surgeries come with risks, but you might be especially worried about risks when the surgery concerns your penis. Standard surgical risks include:

Penis enlargement surgery comes with its own set of risks.

First of all, the girth portion of the procedure can produce uneven results. And we mean that literally: many men find that the fat injection causes their penis to look misshapen, lumpy, and uneven.

Also, you may need to go in multiple times in order to maintain the girth you get with the initial surgery. This could mean constant procedures to reinject material into your penis, similar to when women get lip injections and have to go back to maintain the look from the initial procedure.

There’s also the risk of losing some feeling in the penis post-surgery. While cutting the ligament in the penis doesn’t interfere directly with nerves or the ability to become erect, there are some men who report that their penis feels less sensitive after having this procedure.

You can imagine that a surgery on one of the most sensitive areas of the body will result in a painful recovery period. There’s also the issue that wounds and incisions in this area usually reopen multiple times because of erections (voluntary or not).

The suspensory ligament in the penis is there for a reason. It puts the penis in the proper position to have sex comfortably. When the ligament is cut and the penis is readjusted during surgery, the change in angle can make it much more difficult, and even uncomfortable, to have sex with your partner.

Overall, this procedure is safe if you go to an experienced and qualified surgeon. Does that mean you should go for it? Maybe, or maybe not.

Just because a procedure is safe doesn’t mean it’s without risks. There are significant risks you need to take into consideration. You could end up with a lumpy, less sensitive penis that makes it harder for you to have sex, not easier.

Alternatives and Some Final Thoughts

Penoplasty, aka penile enlargement surgery, is a legitimate procedure that is safe if you see the right person. But really think about what you’re risking when going through with this surgery.

The good news is there are other ways to enhance your penis size. Check out our website to learn about herbal enhancement, natural girth growing solutions, and more.

Getting Older? How to Keep Your Penis Young

Move Over Viagra - A New Gel Can Get You Hard Faster

The Three Best Penis Pumps of 2020

What Is Average? And Is It Really Enough?

Male Enhancement Products and Natural Remedies: Which Is Right for You?

What is Considered a Big Dick? Women Weigh In on Length vs. Girth

10 Male Enhancement Herbs and Vitamins You Should Know About

The Answers to 7 Penis Questions You Should Know

How to Gain Male Confidence Regardless of Penis Size

Penile Enlargement Surgery: How Safe Is It?

Looks Are Deceiving: The Real Truth About Growers vs Showers

Male Enhancement Products and Natural Remedies: Which Is Right for You?

Do You Like Oral Sex? Here’s the Secret to Getting More of It

Exercise - It Doesn’t Only Make Your Muscles Harder

How to Have Multiple Orgasms...As a Man

Men—Do You Make These Three Common Mistakes In Bed?

There’s a Reason Your Penis Is Shaped Like That

Are Men Really Growers or Showers? The Relationship Between Flaccid and Erect Length

How to Amp Up Your Libido Naturally