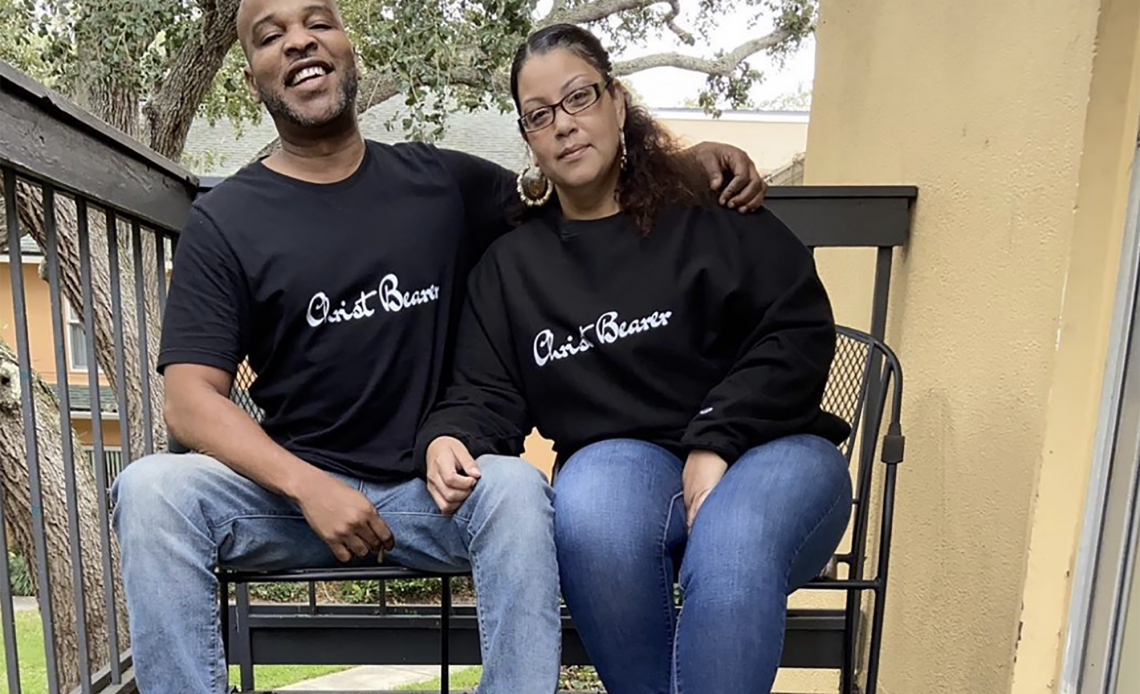 You might recall the incident. Back in 2014, Wu-Tang Clan rapper Andre Johnson (AKA Christ Bearer) chopped his own penis off in a drug-fueled craze.

Doctors were unable to reconnect his dick, leaving a partial penis in its place.

With a mutilated johnson, finding love seems like it would be quite the challenge. But even with far less down there than he had before, Christ has found love.

Why’d He Cut His Penis Off?

While many men have a love-hate relationship with their willies, few would give up the pleasure that it brings. It might be small, crooked, or unreliable, but it’s still a source of much pleasure.

So, what in the world would prompt a guy to chop it off?

Christ explained to BBC that it was due to depression that he didn’t even realize he had at the time.

As any man knows, it isn’t considered very manly to struggle with depression.

Rather than face his feelings, Christ was taking drugs like PCP, MDMA, and meth. And, not so surprisingly with all of those uppers, he wasn’t sleeping much.

Why was a famous rapper depressed?

His lifestyle pushed away his now ex-wife. She kept his two daughters from him, something that caused Christ immense pain.

Loneliness, drugs, and sleep deprivation came to a climax. Christ chopped off his manhood and jumped off of a second story balcony.

According to the rapper, his willie’s still in working order. It’s not so long, and readers can only guess what it looks like. But, he still has something to work with.

And the truth is that women care about more than penises—how else could you explain men with tiny dicks having kids and partners?

Plus, Christ still has some things to work with that most men don’t.

He’s more famous than most of us.

And his story IS pretty interesting. A woman’s not gonna walk away from that story at a party.

The ending to Christ’s story is a happy one. He got married to a supportive and loving woman at the end of 2019. And he’s even working on a new album.

Does a Partial Penis Matter?

The fact is, guys with small wangs are at a disadvantage in the dating world. Rich and famous or working class, a big dick can get you places.

If you’re tired of making apologies for your penis size, we can help. Click here to learn more about Phalogenics male enhancement. It’s a simple and safe plan that will make you more attractive to the opposite sex.