6 Things You Should Know About Drunk Penis 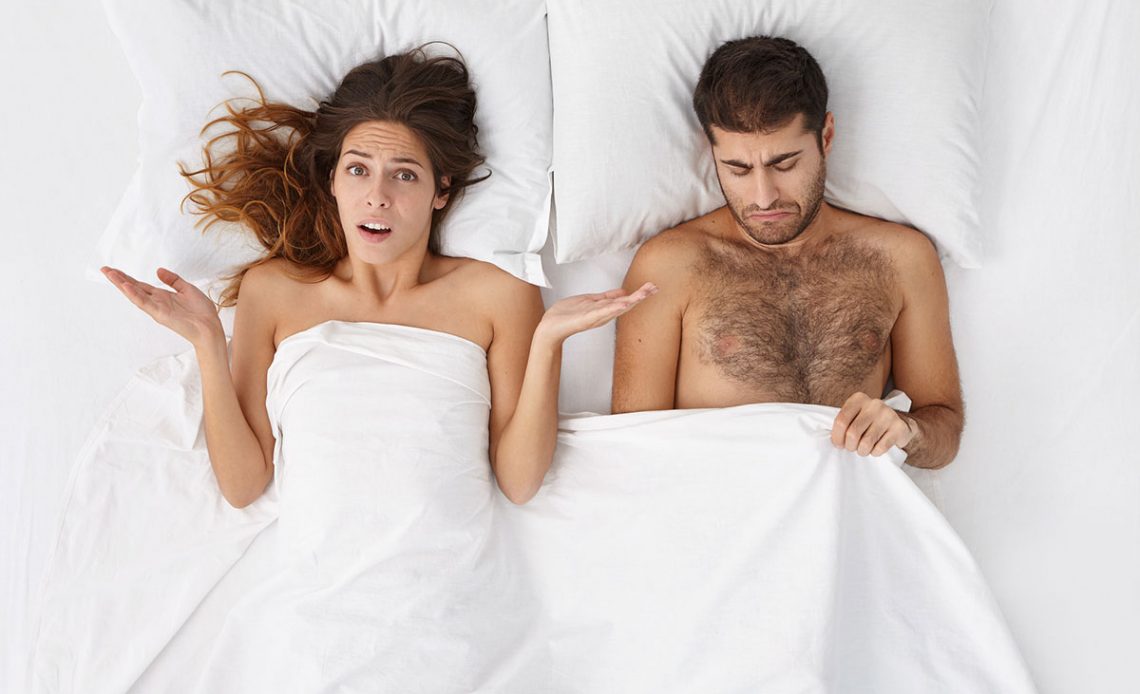 The greatest curse known to mankind is drunk impotence, also known as “drunk penis.” Do you struggle with getting hard while drunk? Here are 6 facts you should know.

You meet a gorgeous girl at a party and you instantly click.

You’re having such fun that you end up going to your place. No sooner have you been through the door than you start making out and frenetically taking off each other’s clothes.

Then, the moment arrives. She’s lying above you and ready to get down to business but then something terrible happens. You’ve got drunk penis (whiskey penis). Bummer!

Of course, it happens to lots of guys but that fact hardly makes it any easier. Having said that, here are 6 facts you need to know about a whiskey penis, and hopefully you’ll know what to do when it happens and how to prevent it.

You’ve probably heard that taking alcohol can improve your sex life. There have been times you’ve been off your head and still had electric sex that drunken peen never ruined. A decent amount of alcohol never hurts anyone.

Alcohol relaxes your muscles, removing your inhibitions. In fact, some guys perform better with some alcohol in their system.

So, if you still can get hard when drunk, you’re in luck but you could have another problem: trouble with climaxing.

So while the odd occurrence of ED from a night of hard partying is nothing to be concerned about, you might want to go easy on the drink if it is happening too frequently. Your sex life will thank you for it.

If Drunk Penis Happens Only Once, Don’t Panic

If it’s an “Oops! I got drunk by mistake” kind of situation, whiskey Johnnie is probably not a sign of a serious issue. It’s also a perfect opportunity to work on your oral sex skills.

However, if it starts to happen more frequently, it’s worth discussing with your other half. If you two have a solid relationship, you should have a candid discussion about it.

That said, if you’re finding it hard to get it up even without alcohol or after taking the tiniest amount, consider seeing a doctor. An obvious warning sign that you may have erectile dysfunction is lack of morning erections.

Whiskey isn’t the Only Culprit

There’s no evidence to show that one kind of alcohol is different from another. The most important thing is the level of alcohol in your blood, which depends on your weight, what you’ve eaten, and how you much you drink.

As for choosing your booze, penises don’t give a toss if you’re drunk from beer, whiskey, wine, tequila, malt liquor, vodka, brandy, rum, gin or anything else that won’t kill you. Alcohol is one and the same thing once it gets into your system.

The only difference is how fast you take it.

Note that one wild night out aside, chronic drinking is at the root of the problem. Erectile dysfunction and other bedroom issues like delayed ejaculation are common among drunkards.

One of the main reasons is the liver damage that is caused by boozing too much. Damage to the liver can affect the ability of the body to control hormone distribution. In men, this may cause impotence, testicular atrophy, and sterility.

It Doesn’t Matter How Much Alcohol You Drink

It would be amazing if you knew how much alcohol would make your willy flaccid. Some men may drink lots and still get erections as everyone has a different threshold.

However, here are some figures to consider. For men, two drinks a night counts as moderate drinking while knocking back more than five in two hours is considered binge drinking.

Although again, there’s no way to tell how much alcohol will affect your ability to get an erection, these are good figures to chew over if you’re wary about overdrinking. That’s important as…

Years of Boozing Can be Damaging in the Long-Term

Years of binge-drinking can turn that case of drunk penis into a more regular occurrence. Chronic drinking cannot only permanently affect erections, it can upset your hormonal balance.

In fact, a study in 2007 showed that “persistent and chronic alcohol intake” led to male sexual dysfunction, such as low sexual desire, premature ejaculation and, of course, erectile dysfunction.

The more you booze, the higher will be your estrogen levels and the lower will be your testosterone. That can potentially cause a string of adverse side effects, including decreased sex drive.

Severe dehydration is bad news for you as well as your manhood. If possible, drink the same amount of water as the liquor you’re taking.

Admittedly, taking some water in the bar is the farthest thing on your mind especially if you are on a roll, having picked up a red hot chick. You are in the zone, yes, but make sure to drink water after every couple of drinks.

If you don’t stay hydrated well enough, your member will be just as sloshed as you are. Better still, have a few snacks if you can.

So, does “drunk penis” actually exist in retrospect? Absolutely yes!

Drinking heavily will negatively affect your love life, but it’s not just limited to whiskey and sex. The effect of booze on your body is determined by what you’ve eaten, your weight, and how much alcohol you’ve imbibed.

If you do booze before getting it on, swap that second or third drink for some water to keep dehydration in check. And if you’ve had one too many, perhaps you should get home alone.

To increase the length and girth of your penis naturally, order Phalogenics–our all-natural penile enhancement program with a 60-day money-back guarantee.