What Is Average? And Is It Really Enough? 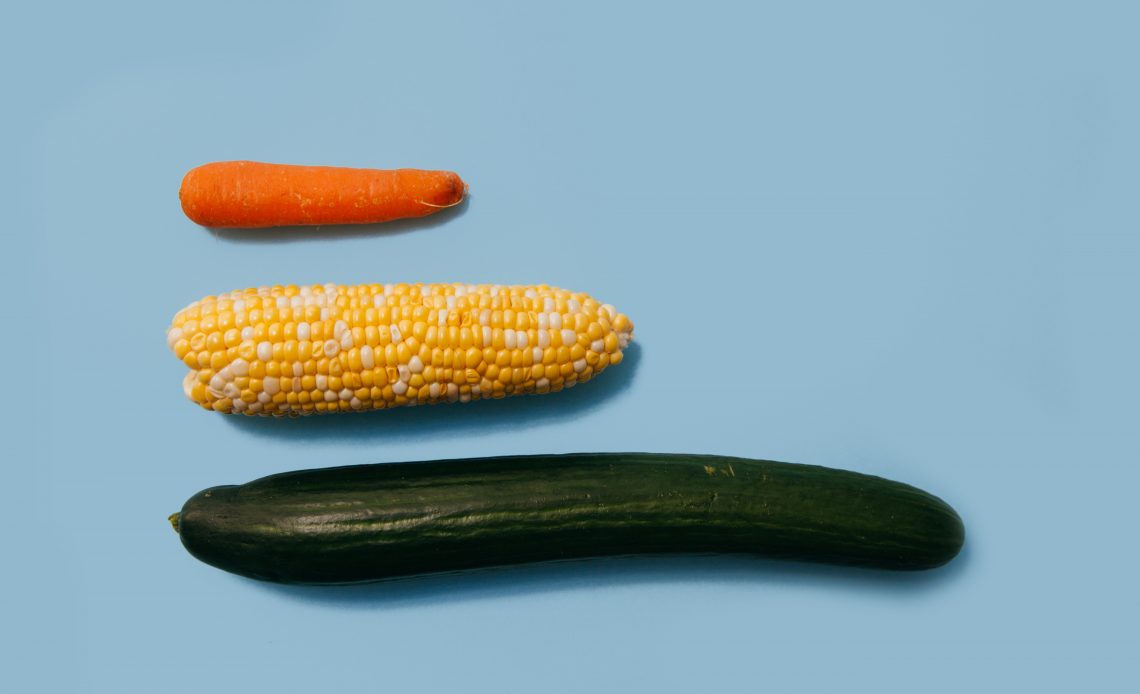 Unless you’re one of the lucky few, these expectations didn’t come to fruition. You likely waited years hoping that some more maturing was coming soon…and lots of wasted time embarrassed that you were MUCH smaller than average.

Even now that you’re grown up, you probably think that the average penis size is greater than it is. And this inaccurate belief can lead to devastating self-esteem.

What Is the Average Penis Size?

Nudity and sex are uncomfortably taboos in today’s culture. Because of a lack of honest conversation, it’s hard to know what’s normal…whether in a locker room or under the sheets with a new lover.

Think about it this way. If you have a huge dick that could grace the adult film industry, chances are you aren’t too shy about it. You probably went commando in locker rooms and talked about your sexual escapades with your friends.

Now, if you’re less endowed, you likely didn’t talk much about it. And you definitely didn’t show it to groups of people, fearing judgement and jeers.

So, what if I told you that you might think you’re tiny, when in fact, you’re average?
According to a recent study, the average erect penis is 5.16 inches long and 4.59 inches in girth. Chances are, you’re not too far from average.

You might be one of the men who thought they were small when actually measuring right about average. This can be a great feeling, but there’s another question that you should be asking yourself:

Few of us aspire to be average. We rarely say that we want an average life, an average salary, an average-looking spouse, and average kids. No, we want to live a life that’s enviable. We want to make lots of money, have a hot wife, and live a generally noteworthy existence.

And on the flip side, no woman is looking for an average man. She wants someone who can support her, make her life better, and rock her world sexually. For this, she needs a man with a bigger penis. At least, this is what science tells us.

In a study conducted in Australia, researchers showed women a variety of different male silhouettes. These figures differed in penis size, height, and body shape. The findings were unfortunate for men with small penises.

When rating men on attractiveness, women rated men with larger penises more favorably than those with average and small penises. And the larger the penis, the more attractive.
What’s more, a woman’s vagina can be up to 7 inches deep when excited. For women with a deep vagina, a small penis isn’t going to hit the nerves at the back of the vagina…resulting in reduced stimulation and less pleasure.

What to Do If Your Penis Is Average (Or Less)

The current scientific literature suggests that most men, whether average, small, or even large, would be even more attractive to women if they were to have a bigger penis. Fortunately, there are ways to boost your penis size without having to spend tons of money, take dangerous pills, or undergo expensive and risky surgical procedures.

With the right plan and sufficient dedication, you can lengthen and widen your penis. Are you ready to reach your thickest, longest potential? If so, we have you covered. Click here to uncover the secret to a huge dick.

Cardio or Weights? The Best Exercise to Increase Testosterone

What Exactly Happens When You Have “Blue Balls?”

How Expensive Is Penis Enlargement Surgery?

Can Vibrators Make Her Less Sensitive?

Are Humans Built to be Monogamous?

The Best - And Worst - Foods For Your Sex Drive